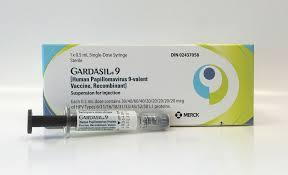 Today is HPV vaccine day!! (I just decided it.)

I’m hoping to get to most of the vaccines commonly used in Pediatrics over time, but HPV vaccine is both an important and timely place to start.

HPV vaccine has probably caused more discussion and controversy than any other vaccine after the MMR vaccine. It seems to be inextricably tied up in an emotional battleground, with a lot of people scared both of the vaccine and of what its use means to them – the fact that their child will likely be intimate with other people in the future. Whether parents who resist this vaccine do it on the basis of what they have read on the scaremonger websites, or whether they feel it goes against their religious beliefs to use it, or whether they just plain don’t want to think about this, our results in protecting our children from HPV are pretty dismal: only about 55% of boys and 65% of girls from 13-17 years old had received even a single dose. This is FAR below every other routine pediatric vaccination used in the U.S.

The really painful part of this awful statistic is that HPV it not a disease of the young and promiscuous; it takes women when they are in their 40s and 50s; when they may be wives, mothers, or grandmothers. For those unlucky enough to develop cancers of the head and neck, many people need disfiguring surgery or worse.

Hepatitis B, which is also mainly spread by intimate contact, is also prevented by a highly effective vaccine. This vaccine is given during infancy and has much better vaccination rates, with very little argument over its importance. This is due in large part to the "Hep B message" being about preventing chronic liver disease and liver cancer, while the "HPV message" seems stuck on sex.

For my own patients and their parents: this is the part I told you about!!

In discussions in my office, I find that a lot of parents fall into 2 categories: those that know a lot about the HPV vaccine and want their child to get it, and those who are sure they do not want their child to get it before I even mention it. Many of the second group are already dug in, but I’m wondering if we would have a different conversation if their child was not present, or if we had emailed about the issue prior to the appointment. I say this because it seems that what many of these parents really don’t want is to be talking about their child and sex, especially in front of their 10- or 11-year old child. I’m thinking that if this conversation came up in a coffee shop, not when we are all painfully pressed for time, the discussion might go a different way. In the end, I think getting the HPV vaccine is REALLY important for your kids, of BOTH genders, and at the right age, not just “maybe next year”. I don’t get anything out of your child’s vaccination except knowing that he or she is protected against a cancer that can be debilitating or worse. Doctors do not get paid for giving vaccines, and we don’t collude with vaccine manufacturers to make sure they sell a lot of their products.

NOW, I’M NOT SUGGESTING THAT WE ALL NEED TO DO A PRE-PHYSICAL-EXAM PREP SESSION AT STARBUCKS, BUT IN THE END WHAT A LOT OF PEOPLE NEED MOST IS INFORMATION, DELIVERED IN A LOW-STRESS SETTING, WITH PLENTY OF TIME FOR GIVE AND TAKE. I ALSO HAPPEN TO BE A BIG FAN OF STARBUCKS AND WOULD LOVE TO HAVE A SESSION WITH A GROUP OF PARENTS OUTSIDE THE OFFICE SOME TIME. ANY TAKERS????

June 18, 2018: for more perspective on the marketing of vaccines, see this article from the medical/science/tech site STAT on the new, hipper approach that Gardasil’s maker (Merck) is using in its direct to consumer ads.

August 2018: a new CDC report indicates that by age 13-15 years, only half of U.S. teens have received the full series of HPV vaccines (either 2 or 3 doses, depending on age and immune system status). Again, this is a vaccine, uniformly recommended and covered by insurance (as well as for the uninsured), without side effects on fertility, immune system function, or sexual activity/habits, that prevents multiple cancers (many of which have few or no symptoms until they spread), which are caused by a virus that most people WILL be exposed to in their lifetimes. How does this add up???

October 9, 2018: Gardasil 9 now approved for men and women up to 45 years old! The FDA announced on October 5 that it has approved an amendment to the labeling for Gardasil 9 to include older men and women, and now the vaccine can be given up until age 45. This is a big deal because although we presume that most or all people are sexually active (and thus exposed to HPV) by their early 20s, this will allow uninfected people (who may be abstinent or not very sexually active) to receive protection until a much higher age. Here’s the link.